THE SAFETY OF OUR PROVIDERS AND THE FAMILIES THEY SERVE IS OUR TOP PRIORITY. LEARN HOW.

BY manager
No Comments 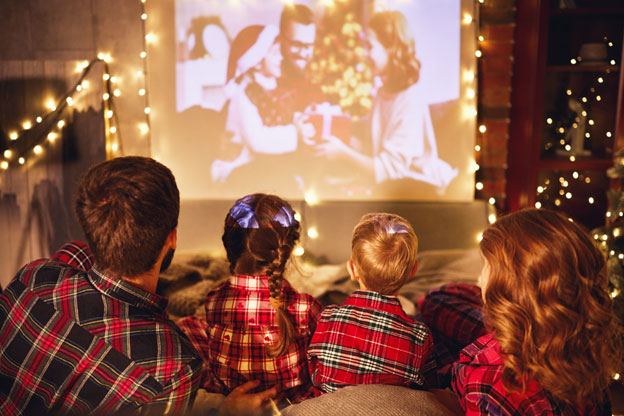 There’s no better way to get in the Christmas spirit than by cuddling up with the family and watching Christmas movies. Holiday films have a way of bringing the season to life and making kids and adults alike believe in the magic of Christmas.

Here are some of our favorite holiday movies that the whole family will enjoy, from young kids who are just learning about Christmas to adults who might need a little reminder of what the holiday season is all about.

There’s no shortage of Christmas movies to enjoy with your family. These 10 films will entertain the whole family and get you in the mood for Christmas.

Some classic Christmas movies will never go out of style. These five movies will make adults feel nostalgic and show kids that Christmas is about more than presents under the tree.

This is where the song “White Christmas” originated. The classic film tells the story of a trio of performers who decide to leave their life in show business to run a hotel.

This holiday classic tells the story of Kris Kringle as he faces a legal battle from claiming to be the real Santa Claus. If black and white movies aren’t your family’s favorite, there is a remake from 1994.

This short film features the Charlie Brown gang as they work hard to put on the annual Christmas pageant (without adults, of course). Fed up with the commercialization of the holiday, Charlie Brown seeks to remind his friends of the true meaning of Christmas.

This nostalgic movie tells the story of Ralphie as he attempts to convince his parents that a red rider BB gun is the perfect thing to get him for Christmas. It is told from the perspective of Ralphie as an adult. It’s heartwarming and hilarious, which is why you’ll find it running for 24 hours on TBS leading up to Christmas Day.

After being accidentally left behind by his family en route to Paris, 8-year-old Kevin McCallister is left to his own devices to take care of the house and, it turns out, stave off a couple of bumbling burglars intent on robbing the McCallister home on Christmas Eve. There’s nothing funnier to a kid than seeing another kid outsmart a couple of adults.

If your family isn’t into black and white movies, there are still plenty of options! In recent years, several fantastic holiday movies have come out that will make you laugh, cry, and remember the meaning of the holiday season.

It’s impossible not to laugh as you watch Buddy the Elf (played by Will Ferrell) stumble through New York City looking for his long-lost father. Unfortunately, his dad is on Santa’s naughty list. Chaos ensues as the bright-eyed Buddy learns about life in New York and helps the city regain the Christmas spirit.

The Hans Christian Anderson book comes to life in this animated holiday adventure about a boy who embarks on a journey to the North Pole on the mysterious Polar Express. He makes friends, drinks hot chocolate, meets Santa, and learns to believe in the magic of Christmas.

This Netflix original tells the story of a brother and sister who get more than they ever expected when they hatch a plan to catch Santa Claus on film as he drops off their presents on Christmas Eve. If you love the first one, a sequel was just released in November 2020.

This movie imagines Santa having kids who take over the family business when he dies. Santa’s son refuses to take on the role, leaving his daughter, Noelle, to save Christmas with the help of her elf nanny.

This recently-released Netflix original is, in a word, delightful. It’s colorful and fun, yet also serious and heartwarming. Kids and adults will enjoy watching the story unfold of an aging toymaker as he begrudgingly reconnects with his family after enduring heartbreaking loss.

Enjoy the Magic of the Holidays with Your Family

We wish you and your family a magical holiday season, filled with love and laughter. Keep us in mind as you prepare for the holidays and get ready for the new year. @Ease offers childcare and home estate solutions to help you with all of your home staffing needs. Visit our website to learn more!